Lisa Gold teaches at UC Berkeley and the San Francisco Conservatory of Music, and has taught at Mills College, Colorado College, and San Jose State University. She has been studying, performing, and teaching Balinese and Javanese music since the 1970s, and has conducted extensive field research in
Bali and Java. She holds a Ph.D. in Ethnomusicology from UC Berkeley with a specialization in Balinese music in wayang kulit (shadow puppet performance) and ritual, with a secondary specialization in folk music of the British Isles. She is a performing member of the Bay Area's Gamelan Gender Wayang,
Gamelan Sekar Jaya, Gadung Kasturi, Gamelan Sari Raras, and Shadowlight, and has directed and performed in concerts of Lou Harrison's music for gamelan. She is the author of the Bali article in the New Grove Dictionary of Music and Musicians. 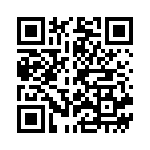