Anthony Painter is a political writer and commentator. He has written for the Guardian, New Statesman, Huffington Post, LabourList, Open Democracy, Left Foot Forward, and Labour Uncut. He has published research through the Center for American Progress, Demos, Searchlight Educational Trust, and Policy Network. He is the author of Barack Obama: The Movement for Change. 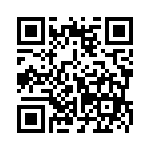