Francis S. Collins (M.D., Ph.D.) is a world-renowned physician-geneticist known for his discovery of the causes of many human genetic diseases. He is also known for spearheading the Human Genome Project, which produced the first complete sequence of human DNA in 2003. In 2006, he published The Language of God: A Scientist Presents Evidence for Belief, which spent fourteen weeks on the New York Times bestseller list. In 2007, he founded The BioLogos Foundation to respond to the many queries he receives about science and faith. Since August 2009, he has served as the director of the National Institutes of Health. His most recent books, all authored prior to his current government position, include The Language of Life: DNA and the Revolution in Personalized Medicine and Belief: Readings on the Reason for Faith. 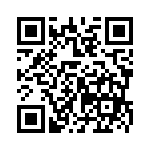