The late Peter Ladefoged, preeminent phonetician, founded the UCLA Phonetics Laboratory and was its director from 1962 to 1991. He received his Ph.D. from the University of Edinburgh, Scotland, in 1959. His major research interests included experimental phonetics and describing the sounds of the world's languages; his ground-breaking fieldwork took him to Europe, Africa, India, Australia, China, and elsewhere to record many languages. He was a member of many professional organizations and president of a few, including the International Phonetic Association (1986-1991) and the Linguistic Society of America (1980). He wrote extensively and was awarded many professional honors.

Keith Johnson is a professor of linguistics at the University of California, Berkeley. He received his Ph.D. from Ohio State University and taught in the department of linguistics from 1993 to 2005. Dr. Johnson received postdoctoral fellowships from Indiana University and UCLA, where he worked with Peter Ladefoged and Patricia Keating. His primary research field focuses on the processes of speech perception as they relate to phonetic and phonological theory. Dr. Johnson's research and teaching on acoustic phonetics and psycholinguistics is widely recognized. 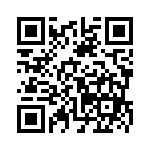