Iksop Lee is Professor of Korean Language and Linguistics at Seoul National University and former Director of the Korean National Language Research Center. He has written numerous books on Korean linguistics, including Kugoáhak kaesoál (An Introduction to Korean Linguistics) and Kugoá p'yogipoáp yoán'gu (A Study on Korean Orthography).

S. Robert Ramsey is Professor of East Asian Linguistics at the University of Maryland. His books include Accent and Morphology in Korean Dialects and The Languages of China. 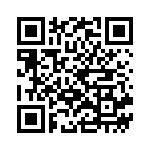