Professor Goldar specializes in industrial economics and international trade. His publications include a large number of papers on productivity, employment and wages in Indian industries, protection of Indian industries and trade reforms and an authored book entitled Productivity Growth in Indian Industry (1986). He has been associated with a number of important official committees, and is currently the Chairman of the Standing Committee of Industrial Statistics.

Professor Agrawal obtained his Ph.D. from the Stanford University, USA in 1987 and has 21 years of research and teaching experience in USA, India, Kazakhstan and other countries. He has co-authored three major books on Economic Reforms in India and East Asia. These include Policy Regimes and Industrial Competitiveness: A Comparative Study of East Asia and India and Economic Restructuring in East Asia and India: Perspectives on Policy Reform. He has published numerous articles in refereed international journals.

Professor Agrawal was the Editor General of the Central Asian Journal of Management, Economics and Social Research (2003–04). He has been a referee for a number of international and national journals. He has also been an evaluator of research proposals for major international research organizations. He has undertaken consultancies and research projects for the World Bank, USA; International Development Research Centre (IDRC), Canada; Department for International Development, UK; and several other organizations. He has also been chosen a Fellow to several American, Canadian and Indian Fellowship programmes. 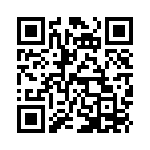