Unaware that her father was responsible for sending to their deaths thousands of French Jews, many of them children, Anne Darquier grew up in England in the care of a nanny, having been abandoned in ... Leer reseńa completa

Carmen Callil was born in Australia and moved to England, where she began working in the publishing industry. In 1972 she founded Virago, publishing such authors as A.S. Byatt, Angela Carter, and Toni Morrison. She was subsequently Managing and Publishing Director of Chatto & Windus, publisher-atlarge for Random House UK, and Director of Channel 4 Television. The recipient of numerous honorary degrees, she is a Fellow of the Royal Society for the Arts and co-author of "The Modern Library. 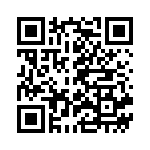