A really good history with much detail about the 14 years of prohibition, from the beginning to the end. What an interesting time in America ! I learned a lot from reading this book on this interesting topic. Leer reseńa completa

A great book - well written account of all that was going on. Will my grandchildren remember today's times as engrossingly as I revel in Grandpa's days. My only question; which will never be answered; Did grandpa wash out the bathtub before they made gin? Well worth the read - extremely enjoyable! Leer reseńa completa

Daniel Okrent was the first public editor of The New York Times, editor-at-large of Time, Inc., and managing editor of Life magazine. He worked in book publishing as an editor at Knopf and Viking, and was editor-in-chief of general books at Harcourt Brace. He was also a featured commentator on two Ken Burns series, and his books include Last Call, The Guarded Gate, and Great Fortune, which was a finalist for the 2004 Pulitzer Prize in history. He lives in Manhattan and on Cape Cod with his wife, poet Rebecca Okrent. 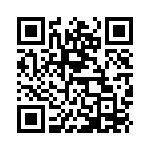