Willis Barnstone was born in Lewiston, Maine. He attended Bowdoin, Columbia, and Yale, earning his doctorate. Barnstone taught in Greece from 1949 to 1951, and in Buenos Aires during the Dirty War. He went to China during the Cultural Revolution, where he was later a Fulbright Professor of American Literature at Beijing Foreign Studies University from 1984 to 1985. Barnstone has authored more than forty books, poetry collections, poetry translations, philosophical and religious texts. He is a former O'Connor Professor of Greek at Colgate University, is a Distinguished Professor of Comparative Literature and is in the Institute of Biblical and Literary Studies at Indiana University. He has received numerous awards for his work, among them the Emily Dickinson Award, the W. H. Auden Award, and a PEN/Book-of-the-Month-Club Special Citation for translation. Barnstone was also a Guggenheim Fellow and Pulitzer Prize finalist in poetry. His titles include The Complete Poems of Sappho,, Translated with an Introduction, Ancient Greek Lyrics, Love Poems, and Café de l'Aube ŕ Paris, Dawn Café in Paris: Poems Composed in French and Their Translation in English. 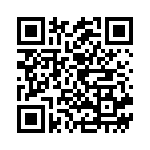