Página 182
“Guess now who holds thee o' 'Death !' I said. But, there, The silver answer rang, '
Not Death, but Love l' xxvii. My own beloved, who hast lifted me From this drear
flat of earth where I was thrown, And in betwixt the languid ringlets, blown A ...
Página 183
She had a feeling of remorse about being the cause of that man's death, and her
delicate frame sunk under it. 'Perhaps, said I," there might have been other
feelings, which she concealed.' * That fear has cast a shadow over my whole life.
Página 724
Eighteen Hundred and Fifty-one, London in, 127 Elegy on the Death of the Old
Year. By Swynfen Jervis, 47 Emperor Charles W., Cloister Life of the–Part I. 367 :
Part II. 525 English, are they a Musical People? Episodes of Insect Life—Part I. 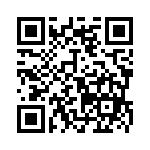