About the Author:
Guida M. Jackson is managing editor of Touchstone Literary Journal and the author of the award-winning, Women Who Ruled and the forthcoming Encyclopedia of Literary Epics. She lives in The Woodlands, Texas. 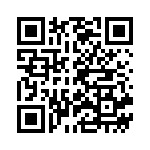