Professor Aster is an Earth scientist with broad interests in geophysics, seismological imaging and source studies, and Earth processes. His work has included significant field research in western North America, Italy, and Antarctica. Professor Aster also has strong teaching and research interests in geophysical inverse and signal processing methods and is the lead author on the previous two editions. Aster was on the Seismological Society of America Board of Directors, 2008-2014 and won the IRIS Leadership Award, 2014.

Dr. Borchers' primary research and teaching interests are in optimization and inverse problems. He teaches a number of undergraduate and graduate courses at NMT in linear programming, nonlinear programming, time series analysis, and geophysical inverse problems. Dr. Borchers' research has focused on interior point methods for linear and semidefinite programming and applications of these techniques to combinatorial optimization problems. He has also done work on inverse problems in geophysics and hydrology using linear and nonlinear least squares and Tikhonov regularization.

Professor Thurber is an international leader in research on three-dimensional seismic imaging ("seismic tomography") using earthquakes. His primary research interests are in the application of seismic tomography to fault zones, volcanoes, and subduction zones, with a long-term focus on the San Andreas fault in central California and volcanoes in Hawaii and Alaska. Other areas of expertise include earthquake location (the topic of a book he edited) and geophysical inverse theory. 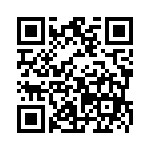