It was interesting to learn about the behavior of intellectuals before, during and after the occupation; but on the whole, the book is flat and fails to show the relevance of these thinkers to the broader world. It's a history of relationships and not ideas. Leer reseþa completa

Herbert Lottman was a journalist, biographer, and historian of French intellectual life. After World War II, he moved to Paris, France. He wrote a variety of articles and reviews for several American periodicals including Harper's, Saturday Review, the New York Times, and the New York Times Book Review. He was Publisher's Weekly's European correspondent for more than 30 years. After leaving Publisher's Weekly, he began contributing a regular European column to Bookseller. He wrote several books about France and its literary culture. He also wrote a series of authoritative studies of French authors Camus, Flaubert, Colette, and Jules Verne. After suffering through several degenerative diseases including Parkinson's and Alzheimer's, he died on August 27, 2014 at the age of 87. 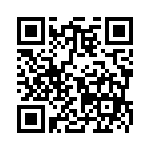