This book is necessary and important for its critical insight of powerful institutions, governments and players. Having lived in Latin America for many years, I've experienced first hand the consequences of disastrous policies. Leer reseńa completa

I have long wanted to understand how the World Bank and the IMF work. This book gives an excellent description from an ex-Chief Economist at the World Bank. Joseph Stiglitz cannot be dismissed as some ... Leer reseńa completa

Joseph E. Stiglitz was Chairman of the President's Council of Economic Advisers 1995-7 and Chief Economist at the World Bank 1997-2000. He is currently University Professor at Columbia University, teaching in the Department of Economics, the School of International and Public Affairs, and the Graduate School of Business. He is also the Chief Economist of the Roosevelt Institute and a Corresponding Fellow of the Royal Society and the British Academy. He won the Nobel Prize for Economics in 2001 and is the bestselling author of Globalization and Its Discontents, The Roaring Nineties, Making Globalization Work, Freefall, The Price of Inequality and The Great Divide, all published by Penguin. 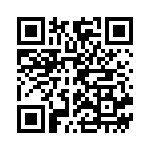