PŠgina 107 - We have seen more than once that the public welfare may call upon the best citizens for their lives. It would be strange if it could not call upon those who already sap the strength of the State for these lesser sacrifices, often not felt to be such by those concerned, in order to prevent our being swamped with incompetence.
Aparece en 379 libros entre 1877 y 2008
PŠgina 374 - It is there that the fugitive slave, and the Mexican prisoner on parole, and the Indian come to plead the wrongs of his race, should find them ; on that separate but more free and honorable ground, where the State places those who are not with her but against her — the only house in a slave State in which a free man can abide with honor.
Aparece en 237 libros entre 1850 y 2008
MŠs
PŠgina 108 - It is better for all the world if, instead of waiting to execute degenerate offspring for crime or to let them starve for their imbecility, society can prevent those who are manifestly unfit from continuing their kind. The principle that sustains compulsory vaccination is broad enough to cover cutting the Fallopian tubes. Three generations of imbeciles are enough.
Aparece en 625 libros entre 1896 y 2008
PŠgina 171 - Let me be a free man — free to travel, free to stop, free to work, free to trade, where I choose, free to choose my own teachers, free to follow the religion of my fathers, free to think and talk and act for myself — and I will obey every law, or submit to the penalty.
Aparece en 153 libros entre 1879 y 2008
PŠgina 152 - It was a fearful sight to see them thus frying in the fire and the streams of blood quenching the same, and horrible was the stink and scent thereof; but the victory seemed a sweet sacrifice, and they gave the praise thereof to God...
Aparece en 161 libros entre 1669 y 2008
PŠgina 11 - Arnoldo De Leon, They Called Them Greasers: Anglo Attitudes toward Mexicans in Texas, 1821-1900 (Austin: University of Texas Press, 1983); Gilberto Miguel Hinojosa, A Borderlands Town in Transition: Laredo, 1755-1870 (College Station: Texas A&M University Press, 1983); Mario T.
Aparece en 98 libros entre 1960 y 2008
PŠgina 373 - The standing army is only an arm of the standing government. The government itself, which is only the mode which the people have chosen to execute their will, is equally liable to be abused and perverted before the people can act through it. Witness the present Mexican war, the work of comparatively a few individuals using the standing government as their tool; for, in the outset, the people would not have consented to this measure.
Aparece en 179 libros entre 1866 y 2008
PŠgina 373 - Practically speaking, the opponents to a reform in Massachusetts are not a hundred thousand politicians at the South, but a hundred thousand merchants and farmers here, who are more interested in commerce and agriculture than they are in humanity, and are not prepared to do justice to the slave and to Mexico, cost what it may. I quarrel not with far-off foes, but with those who, near at home, cooperate with, and do the bidding of, those far away, and without whom the latter would be harmless.
Aparece en 130 libros entre 1866 y 2008
PŠgina 238 - A national culture is the whole body of efforts made by a people in the sphere of thought to describe, justify, and praise the action through which that people has created itself and keeps itself in existence.
Aparece en 125 libros entre 1956 y 2007
Menos

Arturo J. Aldama is Associate Professor in the Department of Chicana/o Studies at Arizona State University. He is the author of Disrupting Savagism:Intersecting Chicana/o, Mexicana/o and Native American Struggles for Representation and several articles on Chicana/o and Native American cultural, literary and filmic studies. He is also Director elect for the Chicana and Chicano literary studies executive committee of the Modern Language Association.

Naomi Qui√Īonez is Assistant Professor in the Department of Chicana/o Studies at Cal State Fullerton. She is a widely anthologized poet and the author of Hummingbird Dreams/ Sue√Īo de Colibri; The Smoking Mirror (1998); the editor of Invocation L.A.: Urban Multicultural Poetry. Her scholarly work appears in several anthologies and special issues of top refereed journals. 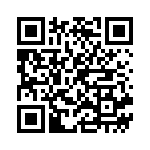