Ian Stewart is Professor of Mathematics at the University of Warwick, England. He broadcasts regularly on television and radio , and has written articles for Nature, New Scientist, Scientific American and many other periodicals. He is the author or co-author of over 60 books including the best-selling Does God Play Dice?, Life's Other Secret, Fearful Symmetry and Nature's Numbers, which was shortlisted for the 1996 Rhone-Poulenc Science Prize. In 1995 he was awarded the Michael Faraday Medal by the Royal Society for the year's most significant contribution to the public understanding of science. 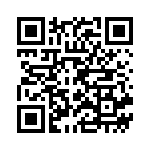