Página
It makes sense that psychological researchers would care about the judicious use of punishment as a means to improve learning and memory. However, it makes no sense to continue to administer increasingly painful shocks to one's learner ...
Página
Whatever force authority exercises in this study is based on powers that the subject in some manner ascribes to it and not on any objective threat or availability of physical means of controlling the subject. The major problem for the ...
Página
Ha alcanzado el límite de visualización de este libro.

i loved reading this book even though it was research for a paper in my sociology because of its lessons it had to teach. The lessons are scary but necessary to confront in any time of how far the human species can go and truly feel with all their heart "their just following orders" Leer reseńa completa

One of the most famous experiments in psychology, Milgram's obedience study continues to disturb psychologists and laymen alike today just as much as when the results were first revealed. And it's not ... Leer reseńa completa

Stanley Milgram taught social psychology at Yale University and Harvard University before becoming a Distinguished Professor at the Graduate Center of the City University of New York. His honors and awards include a Ford Foundation fellowship, an -American Association for the Advancement of Science sociopsychological prize, and a Guggenheim fellowship. He died in 1984 at the age of fifty-one. 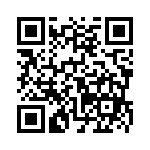