Pßgina 156
The ills of the scholar's life , which he enumerates in the immortal line : Toil , envy , want , the patron , and the gaol , he had known with one exception . He never had a patron . It was the era of free trade in literature ...
Pßgina 198
Meantime , the purchaser that is to be , astonished at finding that the prize is not known , feels dawning on his mind the idea that it may possibly be his after all ; he may be happy yet . With head bent over a Piranesi's Rome ...
Pßgina 569
underground dwellings and their strange , uncanny wisdom - a growth of legend and poetry sprang up about them , till they were no longer known save as elves , gnomes , trolls , or Good People , " whom one dared not name . 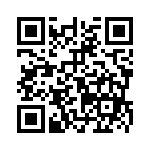