Janis Winehouse was born in New York but grew up mainly in London. While bringing up her son, Alex, and daughter, Amy, she completed two degrees--an Open University degree in science, followed by a bachelor of pharmacy at the University of London. Janis raised Amy on the music of Carole King and James Taylor, and supported her throughout her musical career. In 2003, Janis was diagnosed with multiple sclerosis and was forced to take early retirement in 2009. She now devotes her time to raising money for the Amy Winehouse Foundation and the MS Society. She lives in north London with her husband, Richard, and three cats: Gizzy, Moggy, and Minty. 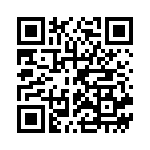