PÃgina 208
CECILIA'S DAY , nursed , 55 NOVEMBER 22 , 1687 His impious race their
blasphemy renewed , From harmony , from heavenly harmony , And nature's king
through nature's optics This universal frame began : viewed . When Nature ...
PÃgina 230
these two brothers began to be distin erately in the rest of the work , having
alguished at this time by certain names . ready narrowly escaped a swinging rent
, in One of them desired to be called MARTIN , pulling off the points , which ,
being ...
PÃgina 14
About this time Byron's poetry began winning the popularity which Scott's had
formerly enjoyed . Realizing that he could not compete with Byron , Scott took up
a manuscript untouched since 1805 , wrote the last two - thirds of it in six weeks ... 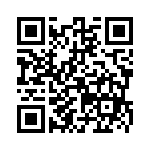