John D. Barrow is a scientist who writes accessibly about astrophysics and cosmology for both the general reader and the expert. Born in 1952, in London, England, Barrow earned a B.S. degree with first-class honors from the University of Durham in 1974. Three years later he received his doctorate from Magdalen College, Oxford. He was a junior research lecturer in astrophysics at Oxford University from 1977 to 1980 and became a lecturer in astronomy at the University of Sussex in Brighton in 1981. With coauthor Joseph Silk, Barrow published The Left Hand of Creation: The Origin and Evolution of the Expanding Universe in 1983. The book, which explains particle physics and its application to the creation and evolution of the universe, quickly won praise for its lucid style. Barrow delved further into this topic in 1994 with The Origin of the Universe. In this work he explored such questions as the possibility of extra dimensions to space, the beginning of time, and how human existence is part and parcel of the origin and composition of the universe. Barrow's other books include Pi and the Sky; Theories of Everything; and The World Within the World. He has also contributed many articles to such professional journals as New Scientist, Scientific American, and Nature. 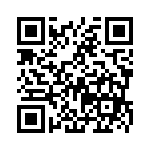