Amazingly detailed history of the golden age of pirates (early 1700s). A lot of names, places and dates, but you get the sense of what the era was like. Leer reseÒa completa

Liked it but it drifted off several times and I just couldn't stay focused on some of the stories. It was surprising (maybe not all that much) that the Pirates of the Carribean movies were actually ... Leer reseÒa completa

Colin Woodard, an award-winning author and journalist, is State & National Affairs Writer for The Portland Press Herald and Maine Sunday Telegram, and a longtime correspondent of The Christian Science Monitor and The Chronicle of Higher Education. His work has appeared in The Economist, The Washington Post, The San Francisco Chronicle, Smithsonian, Newsweek/The Daily Beast, Bloomberg View, Washington Monthly and dozens of other national and international publications. A native of Maine, he has reported from more than fifty foreign countries and six continents, and lived for more than four years in Eastern Europe during and after the collapse of communism. His investigative reporting for the Telegram won a 2012 George Polk Award. His most recent book, American Nations: A History of the Eleven Rival Regional Cultures of North America, was named a Best Book of 2011 by the editors of The New Republic and the Globalist and won the 2012 Maine Literary Award for Non-Fiction. A graduate of Tufts University and the University of Chicago, he lives in Midcoast Maine. 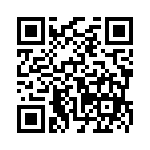