This is the most accessible of the plague histories I’ve been reading recently. The book jacket describes author John Kelly as a “storyteller”, and that’s pretty accurate; Kelley intersperses his ... Leer rese±a completa

Having read a couple of historical fiction novels with the Black Death aka the Great Mortality as the book’s backdrop, I picked this book up to read to understand this apocalyptic-like event. Between ... Leer rese±a completa

John Kelly, who holds a graduate degree in European history, is the author and coauthor of ten books on science, medicine, and human behavior, including Three on the Edge, which Publishers Weekly called the work of "an expert storyteller." He lives in New York City. 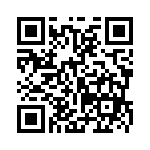