Stars & Stripes Forever : The History, Stories, and Memories of Our American Flag

The ubiquitous appearance of American flags after September 11 and the recent hanging of a flag by a soldier over the face of a statue of Saddam Hussein in Baghdad testify to the continuing ... Leer reseńa completa

He is senior staff officer at Guideposts magazine and author of Abingdon's best-selling children's book, Why Christmas Trees Aren't Perfect. He and his wife, and their two sons, live in Rye, New York. 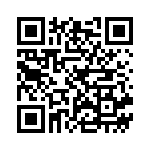