Página 29
The truth, after all, that the jungle is just outside Everyman's civilized door, is too fearful. Since everything appears unpleasant or difficult to the over-civilized—i.e., the effete and corrupt—the process is a vicious cycle—a death ...
Página 37
Down first one hallway, then another, we came to a door, then knocked. When a voice inside called, the orderly opened the door and ushered me into the room. The man behind the desk was florid, balding, and looked dyspeptic.
Página 38
At my assent, he stood, then motioned with a hand toward the door. “There's a café up the street. I'll buy. We can discuss it some more.” At the café, when we had ordered coffee, the colonel talked. He not only had that Deep South ...
Página 71
At the victim's residence, I'm greeted at the screened front door by a Chihuahua-size dog with the bark of a tank cannon. While I try to explain the reason for my visit, a court order, the dog simply drowns out conversation.
Página 72
The old couple, who otherwise had the right of way at the un-posted intersection, was struck by the speeding police car exactly at the driver's side door. Impact has driven the cars along the line of force resultant to smashing impact ...
Siguiente »

Hal von Luebbert is a retired soldier, private detective, bodyguard, and - recently - high school teacher. In 1978, the US government in its IRS avatar destroyed his business and family. In 1985, when he had recovered and remarried, they did it all again, this time driving a teenage son to three attempts at suicide. A war ensued, and when von Luebbert counterattacked federal murder attempts with electronic and personal surveillance proving massive governmental crime, a US District Court protected their federal employers by ruling his records exempted under the Freedom of Information Act by the national secrets exemption. US Senators and national media forwarded proof of federal crime like mayhem, murder, rape, and extortion to commit rape protected their masters by concealment of the evidence and personal silence. Protected still by evidence of federal crime, together with the fact of large numbers of remaining witnesses available for subpoena, von Luebbert lives mostly in the wild in Texas and states where concealed handgun laws make it possible for him to defend himself with lethal force. He is also a sixth degree black belt and three time national judo champion “Letters” is his second novel. 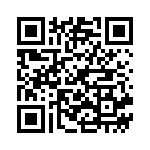