Paula Schwartz wrote over 35 regency and historical romance novels under the pseudonym Elizabeth Mansfield. She was born in the Bronx, New York in 1925. She studied English at Hunter College and became a teacher. She became a full-time writer in the late 1970s. She died of ovarian cancer in December 2003. 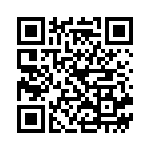