PÃgina 3
The city gate was standing in those days , and its arch , as she passed under it , seemed to her mind the symbol of another gateway on the road along which her mind was passing . She half lingered , as if the presence of a visible ...
PÃgina 85
Scarcely more than a century had passed since the founder of the Northumbrian kingdom , Ida , as the English Chronicle quaintly puts it , had “ timbered Bamborough , and betyned it with a hedge . " The memory of the Jutish leaders ...
PÃgina 166
... words that had passed between them , and when the offer of the diplomatic post was mentioned , strongly advised Overbury not to accept it . “ If you be blamed or committed for it , " said he , “ care not , I will quickly free thee . 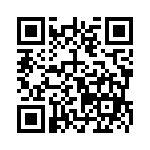