Born in 1838 into one of the oldest and most distinguished families in Boston, a family which had produced two American presidents, Henry Adams had the opportunity to pursue a wide-ranging variety of intellectual interests during the course of his life. Functioning both in the world of practical men and afffairs (as a journalist and an assistant to his father, who was an American diplomat in Washinton and London), and in the world of ideas (as a prolific writer, the editor of the prestigious North American Review, and a professor of medieval, european, and American history at Harvard), Adams was one of the few men of his era who attempted to understand art, thought, culture, and history as one complex force field of interacting energies. His two masterworks in this dazzling effort are Mont Saint Michel and Chartres and The Education of Henry Adams, published one after the other in 1904 and 1907. Taken together they may be read as Adams' spiritual autobiography--two monumental volumes in which he attempts to bring together into a vast synthesis all of his knowledge of politics, economics, psychology, science, philosophy, art, and literature in order to attempt to understand the individual's place in history and society. They constitute one of the greatest historical and philosophical meditations on the human condition in all of literature. 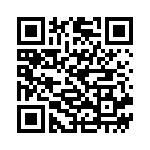