"Every woman adores a fascist," Sylvia Plath cried out in her poem "Daddy." "To me, Hitler is the greatest man who ever lived. He truly is without fault, so simple and at the same time possessed of ... Leer reseńa completa

A well-researched, judicious view of the life of the woman whose arresting images of the Third Reich pursued her until her death in 2003, at the age of 101.Riefenstahl cooperated somewhat with ... Leer reseńa completa 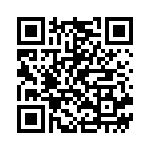