There is nothing else quite like this work in that the author starts with the continental "settler" empire of the 19th century, takes you through the "insular" empire that was created by the Spanish ... Leer reseÒa completa

Interesting view of an aspect of American history that hasn't received a lot of attention -- the territorial acquisitions of the country and their relationship to diplomacy, the military and economics ... Leer reseÒa completa

Daniel Immerwahr is an associate professor of history at Northwestern University and the author of Thinking Small: The United States and the Lure of Community Development, which won the Organization of American Historians’ Merle Curti Award. He has written for n+1, Slate, Dissent, and other publications. 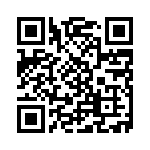