Página 250
Sundays , when the discussion of the roast or boiled was , for fashion's sake , adjourned to five ; took tea at six ; supped at nine ; and retired to rest at ten . The Sabbath , however , was a day not less of fashion than of luxury .
Página 267
After he had been sometime with his son , I took occasion to seek for something in the room where they were sitting , and seeking for something there , I saw they were very disconsolate , and it was manifest that their hope was sickly ...
Página 393
Now like a pedlar with his pack He took his devious road ; Secure that none could know his track , He careless , forward strode . It was the merry month of May , The cloudless sky serene ; The meadows smiled with flowrets gay , Woods ... 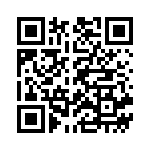