M. B. B. Biskupski holds the Stanislaus A. Blejwas Endowed Chair in Polish and Polish American Studies at Central Connecticut State University. His book Polish-Jewish Relations in North American (coedited with Antony Polonsky) won the 2009 Oskar Halecki Prize of the Polish American Historical Association. His latest book is Hollywood's War with Poland.

James S. Pula is a professor of history at Purdue University North Central. He was twice awarded the Polish American Historical Association's prestigious Oskar Halecki Prize for outstanding books on Polonia as well as the Mieczyslaw Haiman Award for contributions to the study of Polonia. His books include For Liberty and Justice: A Biography of Brigadier General Wlodzimierz B. Krzyzanowski, 1824-1887, Thaddeus Kosciuszko: The Purest Son of Liberty, and Polish Americans: An Ethnic Community.

Piotr J. Wróbel holds the Konstanty Reynert Chair of Polish Studies at the University of Toronto. He has authored or coauthored about fifty scholarly articles and nine books, including The Historical Dictionary of Poland, 1945-1996 and Nation and History: Polish Historians from the Enlightenment and the Second World War, coedited with Peter Brock and John D. Stanley. 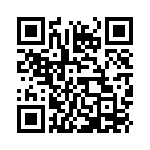