THE FIRST SIGNS: Unlocking the Mysteries of the World's Oldest Symbols

Genevieve von Petzinger studies cave art from the European Ice Age and has built a unique database that holds more than 5,000 signs from almost 400 sites across Europe. Her work has appeared in popular science magazines such as New Scientists and Science Illustrated. A National Geographic Emerging Explorer of 2016, she was a 2011 TED Global Fellow, a 2013-15 TED Senior Fellow and her 2015 TED talk has more than 2 million views. 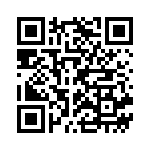