Sherry L. Willis is Professor of Human Development at The Pennsylvania State University. She received her Ph.D. in Educadtional Psychology from the University of Texas at Austin. Her research interests include: adult cognitive development with a focus on middle age, cognitive training in later adulthood, and everyday problem solving in adulthood. She is a co-director of the Seattle Longitudinal Study with K. Warner Schaie, and has co-authored the textbook Adult Development and Aging, Fifth Edition. She is co-editor of two other books on midlife: Life in the Middle (with J. Reid) and The Baby Boomers (with S. Whitbourne). She is a Fellow of the Gerontological Society of America, the American Psychological Society, and Divisions 15 and 20 of the American Psychological Association, and a past-president of APA Division 20, Adult Development and Aging (1993-1994). In 1992, she received the Pattishall Distinguished Research Award and in 1999 the Pennsylvania State University Faculty Scholar Medal for Outstanding Achievement. 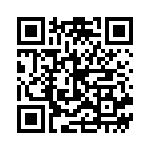