Mrs Dalloway is a portrait of the fictional events, which take place on one June day in London after the Great War. It follows not only the title character as she prepares for and throws a party, but ... Leer reseńa completa

I read this along with the writer's diary and it made me wonder if Virginia was telling a story about herself. Clarissa married Richard Dalloway and at the age 50, as she prepared for a party, a doubt ... Leer reseńa completa

Virginia Woolf was born in 1882, the youngest daughter of the Victorian writer Leslie Stephen. After her father's death, Virginia moved with her sister Vanessa (later Vanessa Bell) and two of her brothers, to 46 Gordon Square, which was to be the first meeting place of the Bloomsbury Group. Virginia married Leonard Woolf in 1912, and together they established the Hogarth Press. Virginia also published her first novel, The Voyage Out, in 1912, and she subsequently wrote eight more, several of which are considered classics, as well as two books of seminal feminist thought. Woolf suffered from mental illness throughout her life and committed suicide in 1941. 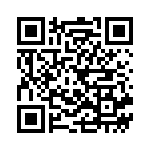