Laura Hapke is a professor of English at Pace University in New York City. She is the author of Tales of the Working Girl: Wage-earning Women in American Literature, 1890-1925 and The Worker in American Fiction: Texts and Contexts. 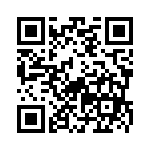