Heinz Halm, author (University of T bingen) is one of the world's leading scholars on the Middle East and especially on Shiism. His books, which have been translated into numerous languages, include: The Shiites: A Short History (also available from Markus Wiener) and The Empire of the Mahdi: The Rise of the Fatimids. Professor Halm is the editor of Die Welt des Orients, and his shorter studies have appeared in the Encyclopaedia of Islam, Encyclopaedia Iranica, and numerous learned journals.

Suraiya Faroqhi, author is Professor of Ottoman Studies at Ludwig Maximilian University Munich, and Bigi University in Istanbul. She has also been a visiting scholar at Harvard University, the University of Minnesota and Dartmouth College. She is author of numerous books, many of which have been translated into several languages including The Ottoman Empire and the Outside World, 1540-to 1774.

Monika Gronke is a professor at the University of Cologne. 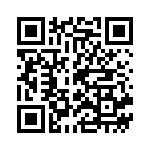