A.G.. Dickens is Professor Emeritus of History at the University of London and co-author of The Reformation in Historical Thought (1985). 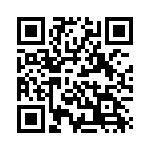