Pßgina 97
On the other hand , the advocate had usually been held in esteem even from Roman times . At first , the priests , as the only learned men in those days , did most of the advocacy . Afterwards , it became the profession par excellence of ...
Pßgina 358
... and fascinating Dorothy Osborne , who afterwards married Sir William Temple , was for twenty - eight years Governor of Guernsey , and held Castle Cornet for several years against the Commonwealth , by whose forces it was besieged .
Pßgina 414
When Mrs. Steven- . son held out her hand to sảy good - bye , Vaekehu took it , held it , and a moment smiled upon her ; dropped it , and then , as upon a kindly after - thought , and with a sort of warmth of condescension , held out ... 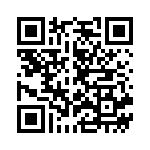