Joanna Boampong is a Lecturer and Coordinator of Spanish at the University of Ghana. She holds a PhD from the University of Southern California, USA. Her research considers issues relating to Hispanophone, Afro-Hispanic, Transatlantic, Latin American Studies as well as Postcolonial/Feminist Theories. Her most recent article is entitled Contesting the Religious Civilizing Mission of Empire in Hispanophone African Literature in Matatu: Journal for African Culture and Society (Vol. 39, 2011). 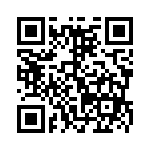