This book over-promises and under-delivers on its premise: to analyze how human nature leads to war. However, it does provide a very light overview of the subject and therefore offers an entry-point to readers who have not thought about man's inherent aggressiveness and its implications. Leer reseńa completa

Very interesting book concerning war and human nature. I suggest it to all. Leer reseńa completa

Dr. David Livingstone Smith is the author of Why We Lie as well as a professor of philosophy and cofounder and director of the Institute for Cognitive Science and Evolutionary Psychology at the University of New England. He and his wife live in Portland, Maine. 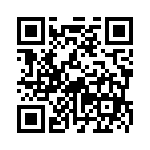