There are only two tests of a life well lived L. Ron Hubbard once remarked: Did one do as one intended? And were people glad one lived? In testament to the first stands the full body of his life's work, including some 12,000 writings and 3,000 tape-recorded lectures of Dianetics and Scientology. In evidence of the second are the hundreds of millions of individuals whose lives have been demonstrably bettered because he lived. They are the more than 28 million students now reading superlatively owing to L. Ron Hubbard's educational discoveries; they are the millions of men and women freed from substance abuse through L. Ron Hubbard's breakthroughs in drug rehabilitation; they are the near 100 million who have been touched by his nonreligious moral code: and they are the many millions more who hold his work to be the spiritual cornerstone of their lives.

Although best known for Dianetics and Scientology, L. Ron Hubbard cannot be so simply categorized. If nothing else, his life was too varied, his influence too broad. There are tribesmen in Southern Africa, for example, who know nothing of Dianetics and Scientology, but they know L. Ron Hubbard the educator. Likewise, there are factory workers in Albania who know him only for his administrative discoveries; children in China who know him only as the author of their moral code, and readers in dozens of languages who know him only for his novels. So, no, L. Ron Hubbard is not an easy man to categorize and certainly does not fit popular misconceptions of "religious founder" as an aloof and contemplative figure. Yet the more one comes to know this man and his achievements, the more one comes to realize he was precisely the sort of person to have brought us Scientology, the only major religion to have been founded in the twentieth century.

What Scientology offers is likewise what one would expect of a man such as L. Ron Hubbard. For not only does it provide a fully unique approach to our most fundamental questions--Who are we? From where did we come and what is our destiny? But it further provides an equally unique technology for greater spiritual awareness. So how would we expect to characterize the founder of such a religion? Clearly, he would have to be larger than life, attracted to people, liked by people, dynamic, charismatic and immensely capable in a dozen fields--all exactly L. Ron Hubbard.

The fact is, if Mr. Hubbard had stopped after only one of his many accomplishments he would still be celebrated today. For example, with 46 million works of fiction in circulation, including such monumental bestsellers as Battlefield Earth, Fear and the Mission Earth series, Mr. Hubbard is unquestionably one of the most acclaimed and widely read authors of all time. His novels have earned some of the world's most prestigious literary awards, and he has very genuinely been described as "one of the most prolific and influential writers of the twentieth century."

His earlier accomplishments are similarly impressive. As a barnstorming aviator through the 1930s he was known as "Flash" and broke local records for sustained glider flight. As a leader of expeditions, he is credited with conducting the first complete Puerto Rican mineralogical survey under United States protectorship and his navigational annotations still influence the maritime guides for British Columbia. His experimentation with early radio direction finding further became the basis for the Long Range Navigational system (Loran). And, as a lifelong photographer, his works have been displayed in galleries on two continents, with the definitive body of his photographs in traveling and permanent exhibits still drawing tens of thousands every year.

Yet, however impressive these figures, no measure of L. Ron Hubbard is complete without some appreciation of what became his life's work: Dianetics and Scientology. The world's most effective force for positive change, the Church of Scientology represents spiritual freedom for millions of people the world over. They come from every walk of life, every culture and every strata of society. Moreover, when one is speaking of L. Ron Hubbard's discoveries relating to the human mind and spirit, one is ultimately speaking of the philosophic foundation of all he accomplished: better education, crime-free cities, drug-free campuses, stable and ethical organizations and cultural revitalization through the arts--all this and more is made possible because of the breakthroughs in Dianetics and Scientology. 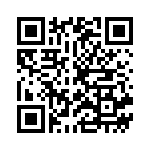