Tom Lansford is the Academic Dean, Gulf Coast, at the University of Southern Mississippi and a Professor of Political Science. Dr. Lansford is the author, coauthor, editor, or coeditor of more than 40 books and the author of more than 100 essays, book chapters, and reviews. His books include, most recently, A Bitter Harvest: U.S. Foreign Policy and Afghanistan (2003), Historical Dictionary of U.S. Diplomacy since the Cold War (2007), and 9/11 and the Wars in Afghanistan and Iraq: A Chronology and Reference Guide (2011). His more recent edited collections include America’s War on Terror (2003; second edition 2009), Judging Bush (2009), and The Obama Presidency: A Preliminary Assessment (2012). 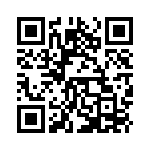