He Tian received his PhD in 1989 from the East China University of Science & Technology (ECUST) in Shanghai, China. From 1991 to 1993, he stayed at the University of Siegen, Germany, as a postdoc supported by the Alexander von Humboldt Foundation. In 1999, he was appointed Cheung Kong Distinguished Professor by the Education Ministry of China. He was selected as a member of the Chinese Academy of Science (2011) and a Fellow of The World Academy of Sciences (TWAS) for the advancement of science in developing countries (2013).
His current research interests include the syntheses of novel functional organic dyes and development of interdisciplinary materials science that determines the electronic and optical properties of materials.

Junji Zhang received his PhD from East China University of Science and Technology (ECUST) in Shanghai, China, in 2012 under the supervision of Professor He Tian. From 2010 to 2011, he stayed at the Hebrew University of Jerusalem, Israel, as an exchange doctoral student supported by the Chinese Scholarship Council (CSC). He is currently working as a lecturer, and his research interests are mainly focused on the photochromic materials, functional organic dyes and supramolecular switches. 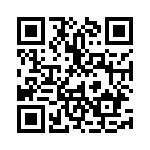