Michael Newton is a freelance author who has published 266 books since 1977. 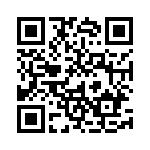