ROBERT JUSTIN GOLDSTEIN is Professor of Political Science at Oakland University, Rochester, Michigan. He previously taught at San Diego State University. He is the author of numerous books and articles focusing on the history of civil liberties in Western democracies, including controversies related to censorship and desecration of the flag. 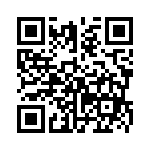