Página 21
From the February , after an uneventful voyage , sea particularly there was a charm and I sent one off immediately , but apparallure which never palled — the frothy ently again it took a long time to go white of the breaking surf ...
Página 22
Perhaps it had been mark of those , so far off they seemed , sent off weeks ago and was referring to days . Soon the two Liver birds on & state of affairs which subsequent the roof of the Royal Liver Building developments cancelled .
Página 383
She came all Meanwhile , as the convoy approached , alone , in reverse , with a gaping torpedo the Huns , too , prepared for it , and hole in her bows . Meanwhile , the U - boats were sent to the western end tanker , the precious ... 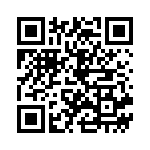