Página 195
Precisely as by the change of the position of the hands of a clock on the face we measure time , so by the transit method , as Halley and Delisle respectively suggested its use , we determine Venus's position on the sun's face ...
Página 555
There will be no more transmitters of that foolish handsome face , which we saw in Scene the Second jaded and haggard with profligacy and dissipation , as its owner lounges on his chair , knocked up , dead beat , “ pounded , ” with his ...
Página 573
To see Mercury as a black spot on the sun's face was to see him as , according to the true Ptolemaic faith , he could not be , as a body , namely , having no lustre save what it owes to the illumining sun . 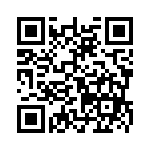