Martin Rees, born in 1942, is a Royal Society Professor and Fellow of King's College, Cambridge. He also has the honorary position of Astronomer Royal. He has held chairs at the University of Sussex and the University of Cambridge. He is a former director of the Institute of Astronomy, Cambridge, and has held visiting positions at Harvard, Caltech and Princeton. In addition to his unique contribution to the field as a researcher, he is the winner of the American Institute of Physics science writing prize, and is a talented lecturer at all levels. In 1993, he was invited to give a series of public lectures under the auspices of the Accademia Nazionale dei Lincei, reviewing the progress of cosmology and its future prospects. These highly successful lectures were published as Perspectives in Astrophysical Cosmology (Cambridge University Press, Lezioni Lincee Series, 1995) and the updated and revised version is presented here. 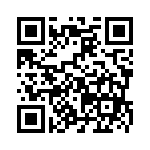