"There's no reason why a society consisting of rational beings capable of empathizing with each other, complete and having no natural reason to compete, should have a government, laws, or leaders." I ... Leer reseńa completa

Skip the tedious introduction from Ronell which adds nothing and go straight to the hilarious, furious and strangely prescient (in places) manifesto. Just watched the excellent I Shot Andy Warhol and it reads better if you have the harsh New Yawk accent in your head. Leer reseńa completa

Valerie Solanas: Valerie Solanas was a radical feminist playwright and social propagandist best known as the author of the SCUM Manifesto, which she self-published and sold on the streets of New York. In 1968, she was arrested after an assassination attempt on the life Andy Warhol, and imprisoned for three years. Deemed a paranoid schizophrenic by the state, once out of jail, Solanas stalked Warhol for several more years, before eventually leaving New York. She died alone and in relative obscurity in 1988 in San Francisco, leaving behind a sheaf of typewritten pages that her mother burned after her death. Solanas was immortalized by actress Lili Taylor in the 1996 film I Shot Andy Warhol. 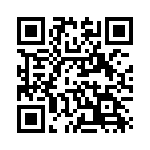